If you’ve ever seen Dragonball Z or any other similar anime, you know that there’s one thing you can count on: just when you think you’ve beaten someone (thing?), it suddenly gets bigger and nastier than it’s ever been, and you have to fight it all over until you finally beat it’s Ultimate Form. 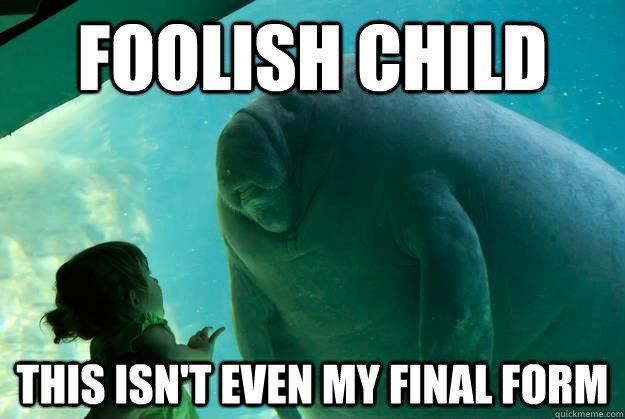 What many SEO neophytes don’t realize is that SEO is actually just like an anime villain. It starts out small and weak when your website is just beginning, but at some point you reach a critical mass, and it explodes — a few hits a day turns into a few hundred, and business truly begins. You’ve reached SEO’s second form.

A lot of businesses stop right there. A few hundred hits a day is what they were hoping for — it was their goal — and they don’t see the need to push. But some businesses respond to the new order of magnitude in their traffic by increasing their spending by an order of magnitude — and those are the ones who get to see organic SEO‘s third form.

As your business goes from “we have keywords that we dominate” to “people who know about us search for us by name”, your website’s SEO evolves again as well, from hundreds of hits per day to thousands. Think about some of the times that you’ve searched for a company by name. Was it Simple Green? Big Fish Games? Dot Com Media Moguls? None of these are exactly household names, but they’ve hit enough of the bigtime that their traffic would blow the minds off of anyone who settled for mere ‘success’ in the second form.

But is that organic SEO’s ultimate form? Of course not. The ultimate form of SEO, much like Zen, is no SEO. Ever wonder how much the biggest, baddest websites in the world — the Wikipedias and YouTubes — spend on SEO? The answer is “nothing”. They don’t have to, because the search engines know that when you search for “cat videos”, there’s one place you expect results from, and if they don’t give them to you, they’re failing. Not many companies ever get to see SEO’s final form — and many that do still spend money on SEO anyway — but for the truly ambitious, world-dominating types, getting your SEO for free by being badass enough that the search engines kiss your feet is the way to roll.

One thought on “What Is The ‘Ultimate Form’ of Organic SEO?”